Fluctuation of EUAs has come down quite a bit since last week. It almost seems that markets have now fully accepted war as a new reality, but discounted potential long-term implications it may have on economies. Week-to-week prices for majority of the markets in European energy complex have been stable with lower intraday volatility. Even though markets traded calmly, pressure caused by margin requirements has not come down just yet. For this to happen, gas and especially front power prices would need to decrease significantly. Auctions in the past week have been well covered, with clearing prices at or above prevailing spot market. Even on larger Polish auction, there was a lot of interest shown, with more than 6.5 million bids submitted. This has usually been a bullish short-term sign, as market appears to be fuelled by compliance demand. Except from war, fundamentals are still slightly in favour of bullish bias for EUAs. Recent proposal for Market Stability Reserve (MSR), was overwhelmingly voted in favour of extending MSR’s annual intake rate of 24 percent, until at least 2030. Support of key lawmakers will have to be confirmed by full parliamentary vote, which is reported to be held in first week of April. The longer uncertainty and war in Ukraine last, the more pressure will be put on supply chains, global markets and consumers, as recently seen in crude oil. 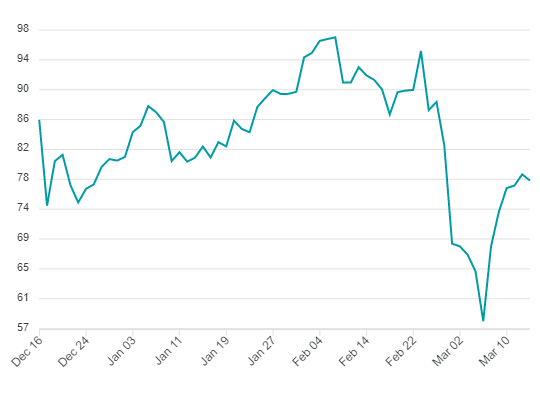