EUAs experienced a huge gap down overnight and constant selling pressure throughout the day. Market experienced a turnaround after it was rising steadily in the past few days, which was likely a direct consequence of reported additional EUA sales. Sources cited anonymous EU officials, claiming The European Commission is considering selling two hundred to two hundred and fifty million EUAs in the coming years from Market Stability Reserve (MSR), in order to secure more funding for energy transition from fossil fuels to renewables. This was confirmed in the afternoon hours when The European Commission presented ideas for midterm future, mostly referring to being more energy independent. Statements made by officials were, however, vague and no exact plans have been revealed. Additional sales of EUAs are said to be carried out in a way, that would not cause major pricing disruptions. This may seem unlikely, since already relatively small trading volumes can push prices in either direction with ease. Long term goals of emissions reductions remain, such as Fit for 55 programme or the European Green Deal, so issuing additional EUAs will need to be a fine balance between a short term need for funding and long-term goals of net-zero greenhouse gas emissions by 2050. 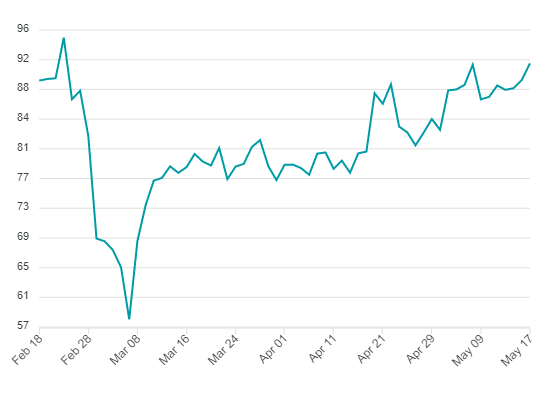