Price of EUAs has been range bound for almost three months already. Market has usually found willing sellers around 90 EUR, while buyers provided support when price eyed 80 EUR. Since uneventful option expiry in mid-June, activity died down and market is already in »summer mode«. Average daily trading volumes have been slowly declining, suggesting lack of market participation. However, slow recent increase of price might be reflecting bullish mid-term fundamentals, such as reduced auction supply in August, anticipated heat wave in Europe and placement of several coal power plants in standby. Even though it is reported that those power plants would cause negligible increase in carbon emissions, it is still estimated that around 30 million tonnes more CO2 emissions would be produced consequently in 2023 alone. This figure is roughly the same as volume of EUAs sold on fourteen auctions. Additional sales from MSR, that could have raised 20 billion EUR for EU, have also became less threatening of affecting EU ETS, as more Parliament members are opposing the idea. The main concern is that additional supply would contribute to more emissions in period between 2023 and 2026, subsequently preventing EU to reach climate and emission goals. All this leaves EUAs steady, while other energy markets keep experiencing extreme volatility. 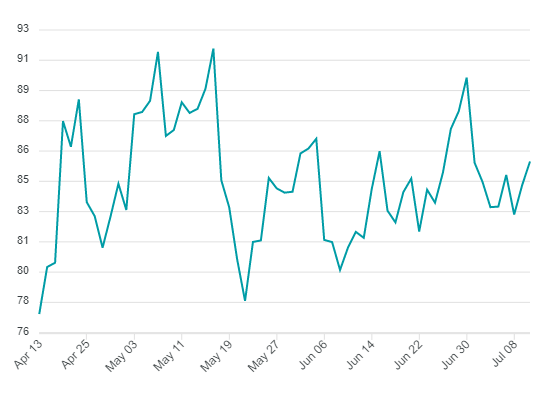